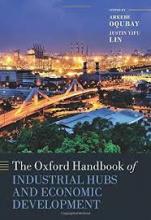 Industrialization, supported by industrial hubs, has been widely associated with structural transformation and catch-up in developing, emerging, and advanced economies. There are about 6,000 industrial hubs spread across 147 countries, with a high concentration in emerging and developing economies, particularly in Asia. While the direct economic benefits (such as exports, employment, outputs, and revenues) of industrial hubs are significant, their value lies first and foremost in their contribution as incubators of industrialization, productive and technological capability, and innovation, which can facilitate sustained growth and the climbing of the development ladder. The Oxford Handbook of Industrial Hubs and Economic Development adopts an inter-disciplinary approach to examine the conceptual underpinnings, reviews empirical evidence of regions and economies, and extracts pertinent lessons for policy researchers and practitioners on the key drivers of successes and failures of industrial hubs. Chapters contributed by 80 eminent authors are organized under seven themes: theories and methodologies; context and historical perspective; gender and environmental sustainability; policy and practices in Asian, Latin American, and African economies; and future pathways. The Handbook illustrates the diverse and complex nature of industrial hubs, and shows how industrial hubs promote industrialization, economic structural transformation, and technological catch-up. It explores the implications of emerging issues and trends such as environmental protection and sustainability, technological advancement, the shifts in the global economy, and urbanization. The concluding remarks emphasize the centrality of learning and latecomer advantage