Africa's 100 Best Books of the 20th Century is the most ambitious project ever embarked on by the African publishing industry. To encourage African writers and publishers, the Zimbabwe International Book Fair launched the international compilation of "Africa's 100 Best Books" . This project included nominations from all over the world, followed by rigorous selection criteria which included assessment of quality, ability to provide information or insight, a continuing contribution to debate and the extent to which a book broke down boundaries. The final list had to reflect a balance of regional representation, gender, historical spread and genres of writing. The top 100 list were selected and the Awards were presented to the authors and publishers of the Africa's 100 Best Books of the 20th Century or their representatives on Saturday 27 July, 2002 in Cape Town, South Africa at a ceremony attended by eminent dignitaries.

The aim of this endeavour is: * to celebrate the achievements of African writers over the last century; * to stimulate debate, discussion, reading, criticism and analysis of African writing; * to foster the publication and development of new titles and those that are currently out of print; * to encourage translation of different texts; * to promote the sale and exchange of books continent-wide and throughout the world; * and above all to increase awareness and knowledge of books and writing by African authors.

This page lists the holdings of the 'Africa's 100 Best Books of the 20th Century' that the African Union Commission Library has in its collection. Each title is linked to the library catalogue with bibliographic detail and cover page of the respective book.

The list is also available by country, language and type - please refer to it at the end of the page 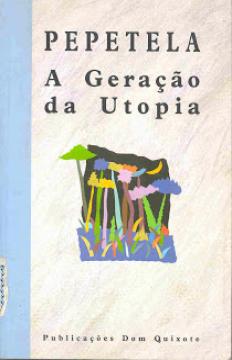 A question of power - Head, Bessie Beyond the masks: Race, gender, and subjectivity - Mama, Amina Citizen and subject: Contemporary Africa and the legacy of late colonialism - Mamdani, Mahmood